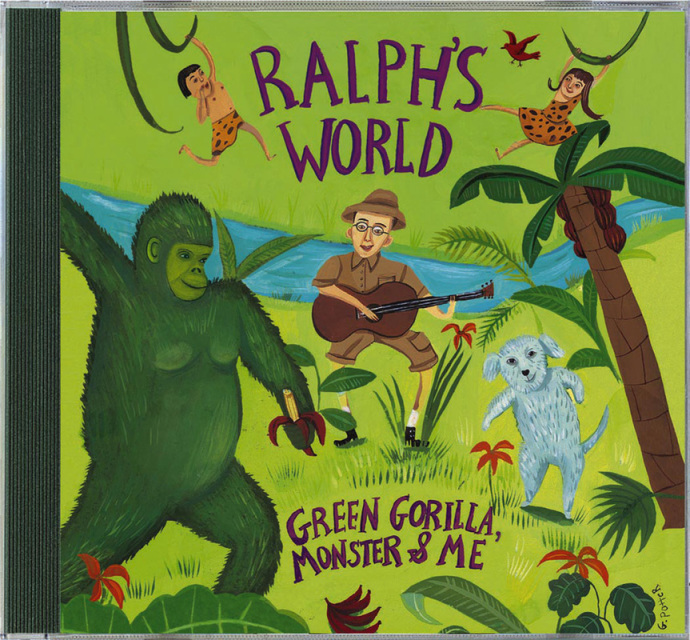 SKU:
$15.00
$15.00
Unavailable
per item
"Green Gorilla, Monster & Me" is the GRAMMY nominated sixth children’s music album in the Ralph’s World series, and features the winning combination of the catchiest rock this side of Paul McCartney combined with lyrical cleverness suitable for kids and adults alike. The whimsy of songs like Red Banana and Ralph's cover of the Ray Steven'sclassic Gitarzan are balanced by the pure rocking of Hideaway and the soulful strut of Swingset. Liesl Echo is a plaintive slice of pop yearning, Tim The Boy draws from Afro-pop infkuences, and I Don't Wanna is as a raw dose of toddler punk. Thos album is a classic, indeed.
Sold out
Add to Cart